Which Definition Fits You?

But I just want to briefly look at three of those meanings . . . and see if any of them remind you of your life.

The first meaning of “settle” that I want to look at is: “To restore comfort to.” In other words, to make comfortable or to get comfortable.

Now that sounds good and positive, doesn’t it? It doesn’t sound bad at all.

But, I have to be real honest here and tell you that I have a tendency to get real comfortable.

In fact, I have a tendency to get too comfortable.

I get so comfortable that I never want to change . . . ever!

And that’s not good.

I’ve had jobs that God wanted me to leave. I’ve been in relationships I needed to leave. I’ve ended up with habits that served their purpose but later were only traditions.

But rather than obeying God’s still small voice when He said, “It’s time for a change,” I refused to make myself “uncomfortable” and instead I “settled” in my comfort zone even more. (Image via Pixabay) 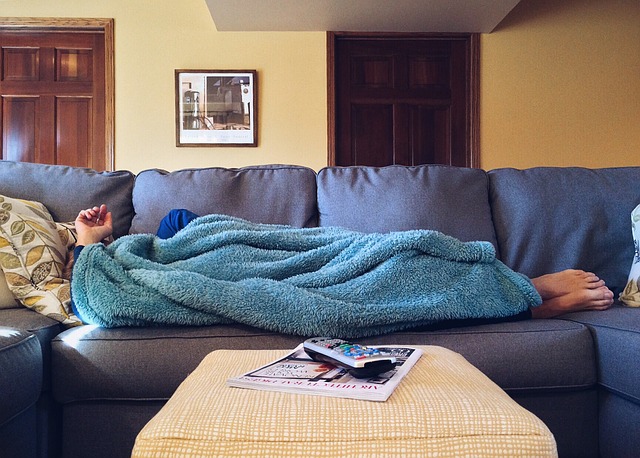 And as a result, God actually has moved me out of several places in my life!

Anybody besides me had to be moved out of a comfort zone you had “settled” in?

Let’s look at the second meaning of settle: “To move downward; to sink or descend, especially gradually.”

This reminds me of an experiment we used to do in science class.

We would take a clear jar and fill it with water from a mud puddle, shake it up and then set the jar on the shelf and observe what happened over the next few minutes, hours, and days.

We would watch the sediment “settle” to the bottom of that jar . . . until, finally, it was completely separated from the water and the water was no longer affected by the sediment.

This also reminds me of what happened (in reverse) to the early church. Because of persecution, the Christians were shaken up and scattered all over the known world. They were dispersed.

And as a result of them being dispersed, people in other locations were affected. Lives were changed by the good news the Christians took with them.

It also reminds me of what God has done on several occasions in my life.

Because I got ‘comfortable’ and gradually separated myself from everybody except those were a lot like me . . . and because my influence was no longer affecting very many people . . . God allowed my life to be shaken it to the point that I didn’t have a choice but to affect the lives around me.

Has God ever allowed your life to be shaken up because you had “settled”?

The last meaning of “settle” that I want to look at is: “To accept in spite of incomplete satisfaction.”

There are times in life when it’s necessary to “settle” like this.

If you’re saving for a house, you “settle” for ground beef instead of steaks. You make a conscious decision to eat hamburgers and French fries on special occasions, even though they don’t completely satisfy your craving for a rib eye and baked potato. Right?

But I believe there are too many times when we “settle” for what doesn’t satisfy when we shouldn’t. Especially in our spiritual life.

At least in my earlier life, I did that far too many times.

I settled for “going to church” instead of TRULY WORSHIPPING GOD.

I settled for “having a quiet time” instead of SPENDING TIME IN THE PRESENCE OF GOD.

I settled for “reading the Bible” instead of HEARING GOD SPEAK TO ME THROUGH HIS WORD.

I settled for “filling a position” instead of DISCERNING AND FULFILLING GOD’S PURPOSE FOR MY LIFE.

I settled for “following a list of do’s and don’ts” instead of DEVELOPING AN INTIMATE RELATIONSHIP WITH GOD.

To be honest, for a long time I did those things out of ignorance.

I didn’t know what I really needed to do.

I was doing what I thought I had been taught to do to please God.

But several years ago, God gave me a taste of what it’s like when He completely satisfies me . . . and I no longer wanted to settle for less!

One of the major things God orchestrated in my life during that time was a women’s retreat where I learned the Three-Question Bible Study Method . . . which I started doing in my quiet time the next morning.

After I started using that method, I learned more about God and His Word and His will for my life than I had learned in the previous four decades of church programs.

And when I started using that method, I quickly came out of my shy, introverted shell and started teaching Bible studies and even wrote some curriculum. I also started speaking at women’s events and retreats.

Only God and I know how far outside my original comfort zone He has taken me!

And only God knows how much further out He’s planning to take me.

I want to share one Bible verse that gets me excited whenever I read it. It’s I Corinthians 2:9 and it says:

Mainly an intimate relationship with Him that will turn your life upside down and inside out . . . and that’s a good thing.

He has relationships for you that will bless your socks off.

He has kingdom work for you to do that is rewarding, fulfilling and important.

This is how I pray this verse back to God: God, I thank you that I haven’t seen, I haven’t heard, I can’t even IMAGINE what YOU have prepared for ME! And, God, I don’t want to miss any of it!

And I don’t want YOU to miss any of it either.

If you’re settling in some area of your life, I encourage you to stop. Time’s too short and you’re too old to waste another minute living in mediocrity.

And I encourage you to tell God three things today:

Make a decision today NOT TO SETTLE . . . and then get ready for the ride of your life!

Rhonda is the author of Treasure Seeker Bible Study Workbook: Discover How To Hear God Speak To You Through His Word.