A Second Look in the Mirror

I remember when Marion came to my first women’s workshop. She was shy and a little withdrawn from the other women.

As the group’s coordinator, I always started the workshops with a “meet and greet” integrated with some warm-up activities.  Marion appeared perfectly content in her own world, sitting and watching while the other women interacted with each other.

The objective of this particular workshop was to help the women see their inner beauty and give them a positive self-image. The women were presented with an activity called, “Who Do You See in the Mirror?”

Each woman was given a hand-held mirror, a pencil and a piece of paper to write down all of the unique characteristics and qualities that best described her. Upon completion of the activity, the women could volunteer to share with the group. (Image via Pixabay) 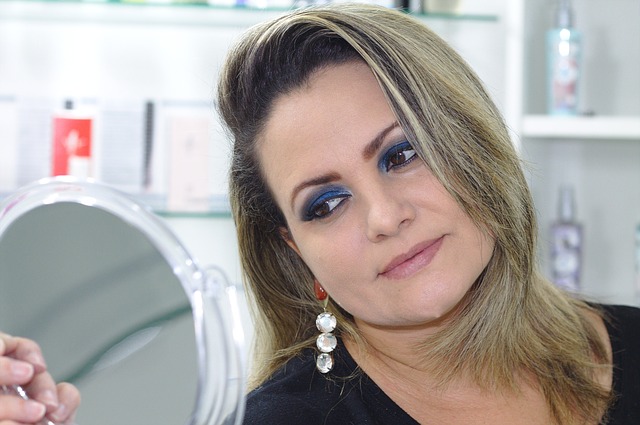 To my surprise, Marion opened up to share first. What I heard helped me and the other the women to know how Marion really saw herself and why she shied away from people. Marion described herself as being an unattractive only child growing up, alone, all by herself with no friends. She expressed that she still felt the same way even as an adult.

Everyone, including me, looked amazed and were concerned. I thought, what could I do to get Marion to see the inner beauty that God created her with?

The Holy Spirit led me to Psalm 139 with the main focus on verse 14. The women got their Bibles out and took turns reading a verse. I then challenged each woman to expound on verse 14 with her own interpretation of what she thought it meant.

There were many different interpretations, but the one that stood out the most was Marion’s. She did not argue or disagree with the fact that God had created her fearfully and wonderfully, but she just didn’t feel pretty and attractive.

One of the women said that God created her in His own image and likeness and that she carried the same DNA as God. I interjected with an agreeing nod and said that God truly has blessed and privileged all of us with His DNA, which makes each one of us uniquely special.

Every woman was asked to close her eyes for about three minutes and envision God clothing her with His righteousness and perfecting her in every area of her life to become all that He has called her to be. Then they were asked to look in the mirror once again and write a second description of themselves.

When Marion looked into the mirror the second time, she described a more confident, radiant image of herself, knowing that God had fearfully and wonderfully made her flawlessly — inside and out.

I challenge you to do this exercise and write down all of your unique characteristics and qualities.

And I also challenge you to think about God’s DNA being a part of you, about being made in His image, and about how He designed you uniquely, fearfully, wonderfully, flawlessly . . . BEAUTIFUL!

Brenda is the author of Encouraging Words For The Mind, Spirit And Soul.