Never Once Did I Walk Alone

“You didn’t bring someone with you?” The doctor’s gaze met mine.

She’s not smiling . . . , I thought, noting the seriousness in her voice. A red flag shot up. Perched on the edge of the examining table, I pulled my pink paper exam jacket closer around my bare chest. “I didn’t have anyone to bring,” I replied.

Turning towards the desk behind her, the doctor stated, “We have your biopsy report. You have cancer.”

Stunned, I glanced at the nurse. Her eyes never left my face. The doctor continued, “The biopsy shows that you have stage one ductal carcinoma in the left breast. These are your options . . .”

Cancer! That’s not what I’m supposed to hear . . . Shock held me motionless. I had been telling myself, “It’s probably just a cyst. No one in my family has had cancer. I’m sure I will be told everything is fine.” But those were not the words I had just heard. (Photo via Pixabay) 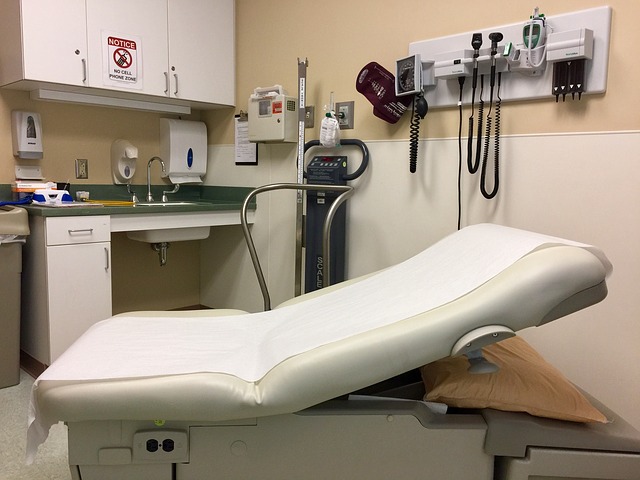 Later, I left the doctor’s office still trying to grasp the full extent of what lay ahead: surgery in two weeks to remove the cancer and any affected lymph nodes, then radiation treatment. And then what? Chemotherapy? A number of my friends had faced this—and some did not survive. Had I just been given a death sentence, too?

I recalled all the times I walked with my husband through his biopsy, diagnosis, surgery and recovery, before his death—exactly one year ago. “All those times I was with him, Lord,” I prayed, “and now, I have to go through this alone . . .. ”

A day or so later, I shared the news with my pastor and asked for prayer. “But, please don’t publish this in the church bulletin,” I asked, “since I am alone.”

He replied quietly, “You are not alone.”

I knew he was reminding me of the Lord’s promise, And surely I am with you always . . . (Matthew 28:20 NIV). But—I felt so alone! I had felt this way ever since my husband’s death.

The pastor continued, “Would you like someone to go with you?”

“No,” I replied, “there are several procedures I have to undergo. I will be in the hospital most of the day.”

The “Day” arrived right on schedule. At the hospital I was assigned to a bed in Day Surgery. Shortly after, I noticed a couple entering one of the booths across from mine. Why, it’s Peggy and Dan!  I haven’t seen them since they left the church . . . How long has it been? Five, or six years?

Peggy saw me and hurried over. “What are you doing here?” she asked.

When I explained, the smile in her brown eyes faded, and concern slipped in. She chatted with me for a little while before leaving. “But, I’ll be back,” she said. And she did return, accompanied by the pastor of her church, and they prayed with me. She stopped by again just before my surgery. “Dan’s tests are finished and we are leaving,” she whispered, “but I wanted to say goodbye and to wish you well.” She smiled, squeezed my hand, and was gone.

Several hours later I left the hospital, giving thanks to the Lord that everything went well and the cancer had been removed—and for Peggy and Dan. Reminded of the Lord’s promise to be with us always, I realized, their presence there was not just a coincidence. The Lord had arranged it this way. And I knew—never once did I walk alone.

Thank you, Lord, for your faithfulness.

Mary Emma is the author of Through the Leaves that Fall: Glimpses of God in the Seasons of Life.