Over the past couple of weeks, we have seen many thousands of people literally rescued and lifted out of danger.

In the midst of turmoil and chaos, we see man’s spirit lifted to another level of giving and our hearts soar. 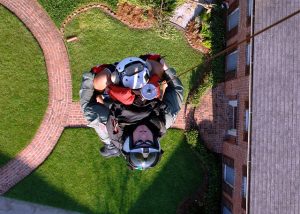 The heartache of hurricanes Harvey and Irma has made us all wobble for a moment:

And while Irma continued to tear out a path for herself, we still remembered 9/11.

The worst of days.

Every year I insist on watching a documentary of that day, so that I will never forget and will always honor those who were taken from us, and those who showed such bravery.

This year I watched for the first time the full-length documentary of the New York firefighters who were being filmed by a French crew. Unknown at the time, they would all soon become part of history and their film would take a very different turn, becoming a crucial record of the horror and the heroism of that day.

The first part of verse nine in Chapter 4 of 2 Corinthians is a beautiful, hopeful verse – “persecuted but not abandoned.”

It promises us that, even in adversity, God will never abandon us. As man faces different trials and tribulations we must cling to the Word. 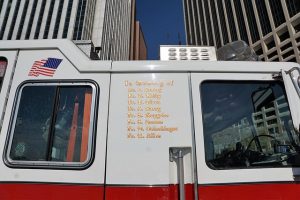 Actions by unsung heroes lift our spirits, giving us hope that man is not completely lost and why God has never given up on him.

We can give unconditionally.

And we have the ability to show compassion to anyone who needs it.

And we all need it.

A.K. is the author of The Scribal Wanderer, Benign Surrender: A Love Story, The Genesis Diary, and Gaby’s Great Adventures. She and her husband David are the creators of 3-in-1 The Voice, a free online magazine featuring testimonies from celebrity Christians, ministries, and groups.