Appreciate All Those Little Details

Do you ever stop and wonder why God wants us to follow His leading?

I have a whole new perspective about this subject after completing homiletics on Joshua 2:1-24.

Homiletics is a way of analyzing a scripture passage in preparation for teaching. Joshua 2:1-24 is the story about the Israeli spies going into Jericho and meeting Rahab.

My goodness! God had done so much preparation. He had everything in place before those two Israelites slipped into the city to spy on it.

Look at this with me. You’ll want to pay closer attention to God’s leading after you see all this. I can almost guarantee it.

Two spies went into Jericho, having been sent by Joshua. Joshua wasn’t just anybody. Joshua was chosen by God to take over as leader of the Israelites when Moses died. And Joshua got his instructions straight from God, just like Moses had.

Since it wasn’t a huge city, everybody probably knew everybody else, and somebody recognized that these two men were not from there. They knew they were Israelites. They even realized they were spying on them.

Whoever saw these two men slip into Rahab’s house went to the king and told him about the two Israelite men who had come to spy on the city. The king sent men to search them out and bring them to him.

Ever wonder why they went into Rahab’s house? Apparently, they were told to go there.

And look at what God had already done before they even got there. These are little details you may have not thought about before.

Detail #1: God had prepared Rahab’s heart. She had paid attention to all the news about the God of the Israelite people and the miracles He had done for them. She had an awe of their God, a great respect. She knew the Israelites were God’s people and that their God was a powerful God, a God of great miracles.

Detail #2: Rahab was able to deliver the message the Israelites needed to hear – that God had gone before them and prepared the people for an easy takeover of the land. They feared the Israelites. Perfect! (Image via Pixabay) 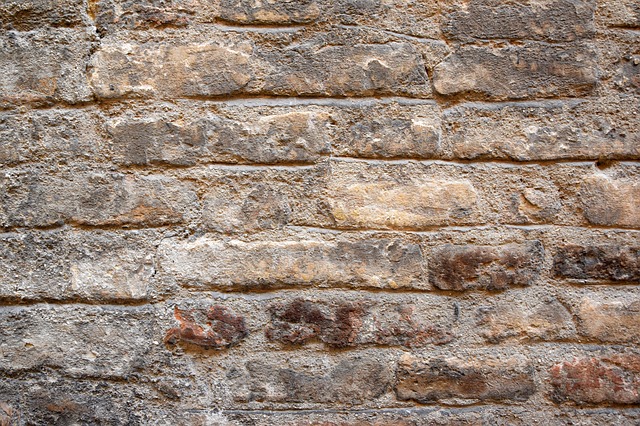 The king sent those searching for the two spies to Rahab’s house, telling her to send the two men out because they were spies.

Rahab didn’t obey the king. Instead, she hid the men on the roof under some flax she had drying up there.

Detail #3: Did you ever think it was no coincidence Rahab had flax drying on the roof – a perfect place to hide the two men? Yes, that would be a detail prepared by God.

Rahab went up on the roof and told the men she would let them out her window which was part of the wall.

Detail #4: Rahab’s house could have been anywhere in that city, but it was exactly where it needed to be – it was a part of the wall. She could safely let them down outside the city.

But before she did that, Rahab made them promise to protect her and her entire family. They agreed, providing she tie a red cord outside the very window she was going to use to let them down to safety.

Detail #5: Rahab had a red cord handy in her house, and she tied that outside of the window. (Image via Pixabay) 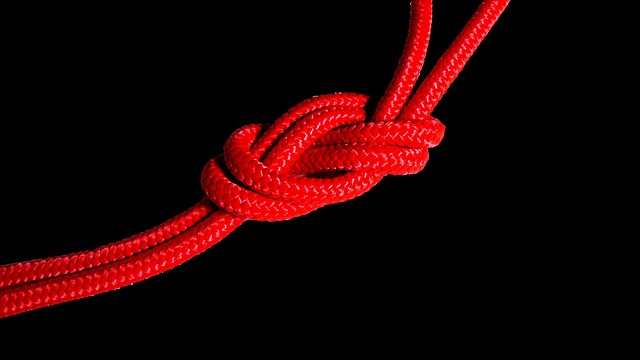 Then with a strong rope, she lowered the two spies to safety, telling them to go to the mountains to hide for three days before it would be safe to return home.

Detail #6: Rahab happened to have a rope long enough to reach the ground and strong enough to hold the weight of a man. I don’t happen to have that at my house. Not sure I have a red cord either. Well, maybe with my Christmas decorations.

The spies safely went home and back to Joshua with the news they needed, all thanks to Rahab. The spies told Joshua that the whole city of Jericho knew of the reputation of God, and feared the Israelites because of their powerful God. They now had the confidence they needed, knowing God indeed had gone before them.

Had you ever thought of all those tiny little details God had in place before those spies went into that city? I had read the story many times, not stopping to think why it went so smoothly.

When the Holy Spirit tells us to go left or to go right, it’s because He has first gone before us, preparing the little details. How frustrating it must be for Him when we don’t listen to His directions. Forgive us, Heavenly Father.

Let’s keep our focus on God and on His leading. Let’s see what a smooth path looks like by following His directions.

And let’s encourage and remind each other to do it, too

This blog post was written by Ann Lynn Noble.